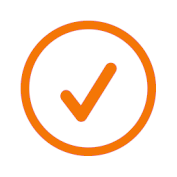 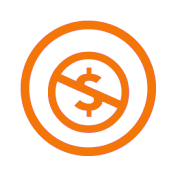 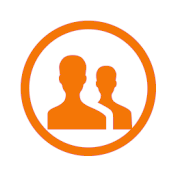 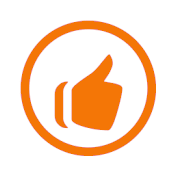 ***Prices start at $7.50. Holiday and extra inventory charges may apply***

Coupon Code for $2 Off - GRROnAir

How much is parking at Gerald R Ford International Airport?

What is the cheapest rate to park at the Gerald R Ford International Airport?

The current cheapest parking you will find at the airport will be for long term parking.  It is located on the long term north lot and runs $10.00 per day.

Public Transportation: When traveling to and from the Gerald R Ford International Airport, there are multiple choices for transportation:

Car Rental: There are various car rental agencies available to choose from for your needs.  You may locate them on the parking garages first level.

Taxi: For taxi service from the airport, you will exit the terminal through door #5, located across from the counter for Valet Parking, and proceed to the climate-controlled shelter for the Parking Shuttle situated on the boulevard.  At this point, a taxi starter will further assist you with arrangements for your cab and get you on your way.

You may also book your taxi online at http://metrocars.com/.

Rideshare: Both rideshare services Uber and Lyft, are available.  To use these services, you will need to download their prospective apps on your phone through Google Play Store or iTunes.

For your rideshare, you will need to exit the terminal through the #2 door, conveniently located across from the ticket counter for Delta, and proceed to the designated pick up/drop off shelter for rideshares on the boulevard.

What's the address of your parking lot?
You should receive an e-mail within 10 minutes of your purchase with the address and name of the parking facility at which you'll be parking. If it's hard to pull up the address on your GPS or maps, we suggest checking out our partner facilities’ website (by Googling their name), or by calling their number provided in your reservation.

What is your cancellation policy?
We appreciate you giving us a chance, and know this isn't how you're used to purchasing parking. That's why we offer free cancellations at any time — no questions asked.

The Rapid bus line offers a stop on their route at the Gerald R Ford International Airport.  The bus ride will cost $1.75, which includes one transfer pass. The designated area to catch the bus is on the boulevard at the #4 door.

There is an information center for available transportation conveniently located near the Visitor Information Desk in the baggage claim area.  You may consult the information on this board for those hotels and motels in the area that offer courtesy vehicles to and from the airport.  The passenger pickup is located at the shelter on the boulevard by the #2 door and across from the short-term parking area for hotel shuttles.

Limo: Those needing a limousine service for transportation should visit the Experience Grand Rapids website or the yellow pages for more information.

Feeling lazy to bring your car to the Atlanta Airport and the parking lots? We’re huge fans of ride sharing services ourselves, but the costs of Uber and Lyft add up quickly. We did a rough calculation of the costs.

With these figures, you can book several days of parking near the Atlanta Airport. And just like we mentioned, our off airport parking deal for the Atlanta Airport comes with a FREE shuttle every 10 minutes to and from the airport. Cancelling your parking reservation is also FREE.

How much is daily parking at the Gerald R Ford International Airport?

The airport announced that at this time, due to the ongoing COVID-19 pandemic, only the garage and the north lot are open to parking.

The prices at the two lots that are currently available are as follows:

If you find you are willing to pay $10.00 per day parking on one of these two lots, then we can almost bet you are going to love parking for less on a lot located near the airport.

For those that travel for business, time and convenience are utmost in their minds.  However, it is tempting to use hotel parking or those unlicensed parking facilities—no matter how risky it may be.

Some of the risks involved include:

·        For hotels, the risk is that shuttle times may be significantly delayed.

·        When using an unlicensed facility for parking, the main question will be that of safety.

That is why we search high and low to obtain the best deals in airport parking out there.  Starting at only $9.00 a day, you will have the peace of mind that you are parking your vehicle at a parking facility that is licensed as well as having 24/7 shuttle services.

The Gerald R Ford International Airport is West Michigan's largest commercial airport and the 2nd largest in the state behind the Detroit Metropolitan Airport.

Former President Gerald R Ford's remains were carried on January 2, 2007, by a US Air Force jet, to the airport named for him.  It served as part of his funeral services, along with his burial the next day in Grand Rapids at his presidential museum.

The airport serves as a major hub for several different airlines, both international and domestic, as well as a hub or the shipping company FedEx.

In August of 2019, an announcement was made by the airport about its expansion plans.  Those plans included extending the A Concourse to have eight more gates, constructing a new air traffic tower, and a new federal inspection station for international flights' departures and arrivals.